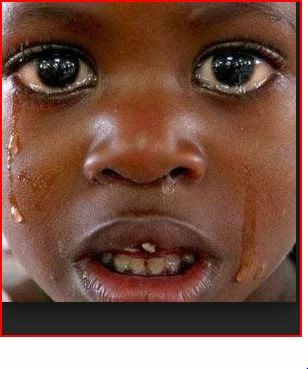 Life lost its price,
where everybody dies!
The child cries!
'Help me! Help me!'
The life became the farce!
The bleeding corpses walking.
Death - everybody stocking!
That's Ebola's - facts!

...The bats at night are flying,
and more and more are dying...

HOW DOES THE SITUATION OF CHILDREN
LOOKS IN AFFECTED COUNTRIES BY EBOLA? 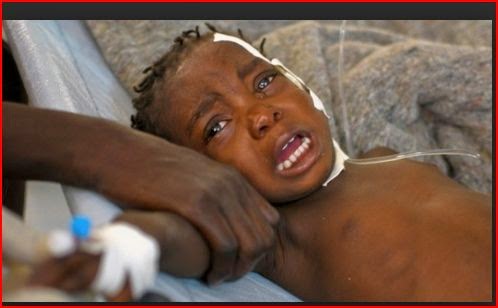 There are number of humanitarian organizations working currently in Africa assisting the existing problems with children.
According to UNICEF 3,700 children presently are orphaned by one or both parents in Sierra Leone, Liberia and Guinea.
However, according to Jessica Mulvihill Moran, who in Fox News, on November 4, quoted Greg Ramm, from Safe the Children and presently in Liberia, that number of orphan children is 4,000 - with 2,000 orphans in Liberia alone.

Children  also dies due to Ebola.
Unfortunately, I was unable to get statistics.
But children are more vulnerable in getting infection than adults.
The current outbreak of Ebola was traced by The New England Journal of
Medicine, as stated on August 12, by Donald G. McNeil Jr.  in The New York
Times to death of two year old child after 4 days of sickness in the village of
Meliandou, in Gueckedou, Guinea on December 6, 2013. Then within short time between December 13, 2013 and February 2, 2014 the child sister, mother, grandmother died and the village midwife. From there the Ebola spread to near towns.
This part of Africa are poor, additionally   worn by political dysfunction and civil war. Great number of people are living in slums, with total lack of basics like running, clean water. 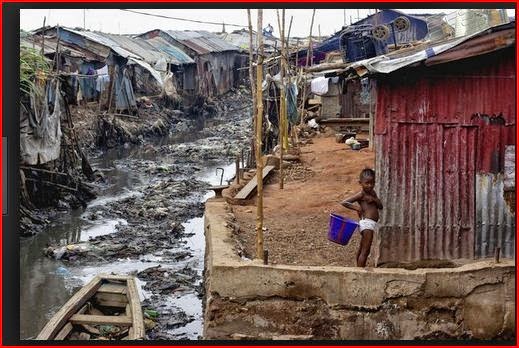 
The Ebola virus is not transmitted by air or water. Ebola virus will die
within few hours outside the body of host in dry environment,  but can survive for few days on wet surface. In the slum conditions and with malnutrition the
children will be more susceptible of getting infection.
There are still places where CDC doctors are watched with suspicion.  These
people would not seek early treatment and children in that household would be affected. Some places, like Monrovia, Capital of Guinea, people move away from traditional burials. In other places, in spite that 50-70% of outbreaks of infection was traced to burial rites, population still follow traditional burial rites. Generally it is women job to attend to corpse. The body is being cleaned, washed and kiss by relatives over the period of days.
At that time the body is in most infectious state. Often, children, that normally stay close to mothers would be exposed to infection at that time.

Every day, UNICEF says - 17,000 children dies all over the world due to preventable health complications.

More then one third, 38% of global immunization for children is provided by
UNICEF, cutting the mortality rate in children 50% Since 1990. UNICEF assist with dire children problems in over 190 countries, responding to 250 emergencies conflicts or natural disasters situations and have ability to deliver life saving provisions/medications within 72 hours.

To help children in Ebola's regions UNICEF delivered there thousands of
ready-to-eat therapeutic, nutrition food. This food sachets are help to strengthen children, but also are part of post Ebola treatment , to help survivors regain lost nutrients due to vomiting and diarrhea. In addition, among other help granted, UNICEF delivered 350,000 bottles of chlorine, almost one million bars of soap and number of other disinfectant products for cleaning the living quarters and hospitals.

In the  photo there is child with Ebola rash. That what affects adults, affects also children.

There is a problem of distance and transportation of sick and possible infected. On October 29, the UNICEF sent by cargo plane from Taragoza, Spain airport to Guinea 14 ambulances. On November 16 - 3,000 metric tons of supplies of protective equipment and essential medication for that Ebola most hit three countries. The same day, UNICEF delivered on English TV urgent message to help safe children.

Problem of children in that countries, have many different aspects. Children are being very emotionally affected when one of the parents or relatives are being isolated and communication is restricted to talking through the mesh windows.

They are being orphaned.
Traditionally, in the past African communities in situation like that would assume guardianship role. Specially that taking another child would assist them in obtaining additional help from charitable institutions. Presently, due to society stigma and Ebola fear orphaned child is often left unattended or directly abandon by relatives.
People that come back to community from isolation after 21 days in Guinea receive certification of Health. Even when parent comes back from isolation as cured with certification of good health, the parent and the child is still being avoided, and not welcomed in the community.

Since survivors of Ebola are the safest from getting reinfected with disease,
(they carry antibodies for 10 years) humanitarian organizations are concentrating on placing abandon children in care of survivors. There are 2,500 thousand survivors, immune now to Ebola that are trained to protect their communities and assist children.  In addition  400 people in Liberia,  UNICEF help government  train in mental and social work.  But this is a tip of iceberg that humanitarian organizations are facing.
There is in this region of Africa estimated 60,000 children needing special attention. UNICEF asked US for $200 mln support, but up to now received 25% of that.

In number of cases, like in Donka hospital in capital of Guinea, the doctors, since they can not allow children to stay in the hospital with general population, take care of all essentials for the child. Washing, feeding and everything else. Ebola added to pre-existing problems of previous health issues, and malnutrition.

People that were before poor, now have even less. Often they loose their jobs and the means to sustain themselves. After Ebola there is needed time for recovery strength and often victims suffer number of health problems that Ebola left them with. Some problems are might be like pain in joins and muscle, swollen testicles, sensitivity to light and other eyes problems including blindness. Sickness of the parent does affects the children. Also, children often are ask to assist in taking care of sick relative, grandmother or aunt - washing and cleaning vomit and other spilled body liquids. I watched one of the UNICEF video, where 14 year old was describing just that type of situation. While taking care of her grandmother and washing soiled clothe, cleaning generally, she got infected. She survived but later faced rejection by her relatives, still scared that she might bring Ebola. That situation is leaving survivors without community support, is very emotionally disturbing and leaves victims in emotional prolonged isolation.
Survivors, irregardless of their age are know as Ebola people. Humanitarian working there trying to assist by bringing the victims together and form a new substitute 'families'. Problems are numerous, ongoing. Positive actions that affects directly or indirectly children are taking places with assistance of humanitarian organizations. The need, however, is great. Manuel Fontaine, UNICEF Regional Director for West & Central Africa, who just returned from two weeks visit from risk countries said:

"Ebola is turning a basic human reaction like comforting a sick child into a potential death sentence,” said Fontaine. “The vast majority of the children affected by Ebola are still left without appropriate care. We cannot respond to a crisis of this nature and this scale in the usual ways. We need more courage, more creativity, and far far more resources." 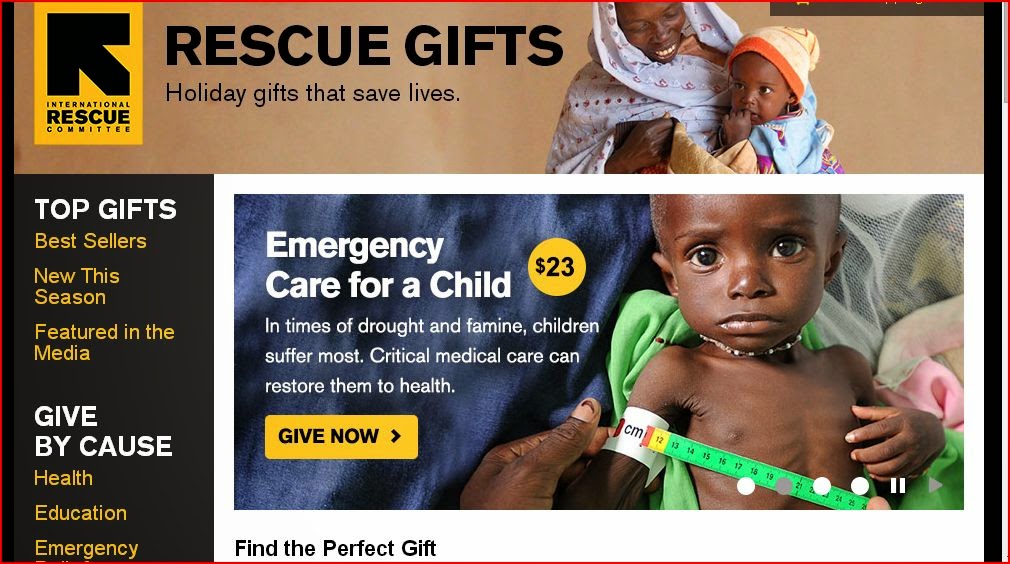 UNICEF originates from 1946, as the answer to WWII children problems.
It is a  wonderful humanitarian organization that is very well managed, using only 2.5 cents for admin. 6, 3 cents for fundraising and a 91 cents goes directly to cause. UNICEF got top ratings from independent monitors like Charity Navigator and BBB. Since 1953 is in UN General Assembly, and in 1959 was signed the Declaration of the Rights of the Child to: protection, education, health service, shelter and good nutrition.
UNICEF is The United Nations Children's Fund that received Nobel Peace Prize in 1965.
Farrow Mia is a Good Will Ambassador, that just recently visited Central Africa.
Also, the comedian/movie star Danny Kay in 1954 became 'Ambassador at Large'.

Browsing through UNICEF web  in their Mission Statement, I found the most beautiful postulates that reflect my own sentiments:

'We believe that nurturing and caring for children are the cornerstones of human progress.

UNICEF was created with this purpose in mind – to work with others to overcome the obstacles that poverty, violence, disease and discrimination place in a child’s path.

We believe that we can, together, advance the cause of humanity." 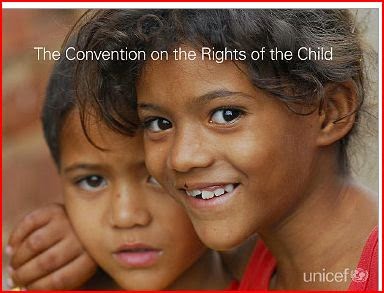 THANK YOU UNICEF!
THANK YOU ALL THE DOCTORS AND HEALTH WORKERS,
CDC, WHO, THE SAFE THE CHILDREN AND ALL OTHER HUMANITARIAN ORGANIZATIONS,
THAT WORKS TO BETTER US ALL 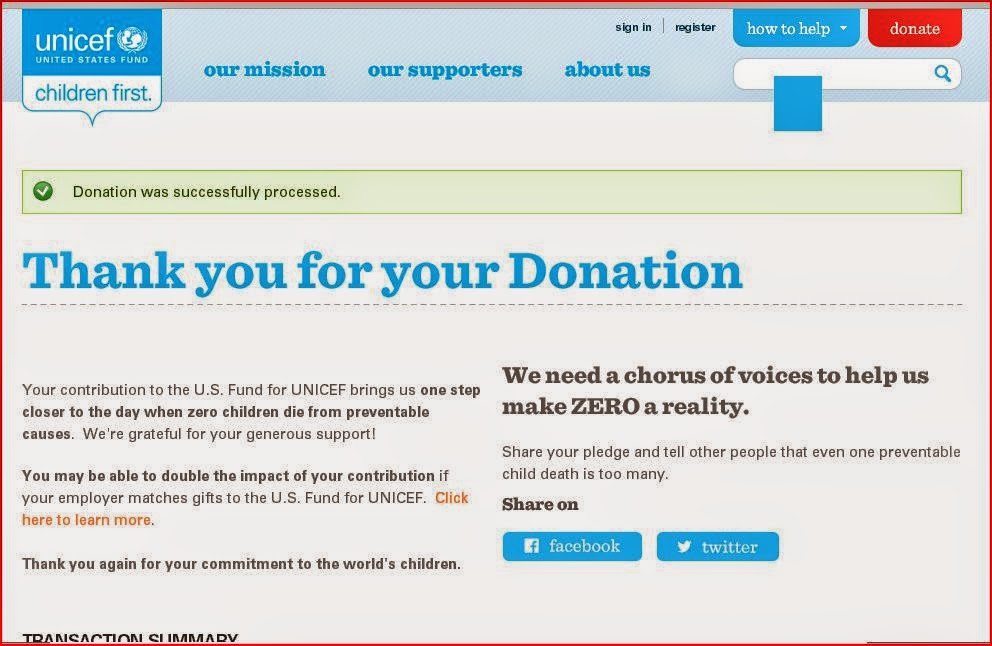 What is your opinion? How can we meet the needs of children in Africa?
Do you see the way that current help could be better? Any suggestions?
Please, leave a comment. I'll be happy to learn your opinion. Thank you.

www.abc.eshttps://www.google.com/search?biw=1024&bih=633&q=sierra+leona+ebola&tbm=isch&imgil=WZ2NyFbuG
All photos obtained by Google search Public Domain, Royalty free, under the Fair use clause.
THANK YOU