HOW MUCH DO YOU WANT TO HAVE
FAST, RELIABLE, FREE INTERNET?

President Obama, did something good for us, by giving us
support for free web. But am I throwing words in the wind?
HOW MANY PEOPLE WANTS A FREE WEB?
As President B. Obama observed, there were almost 4 million people that took stand demanding that FCC (Federal Communication Commission) support full net neutrality.
At times, there were close to 1,000 calls per minute.

Please read for yourself, the letter, that I received few days ago from MOZILLA.org official - Denelle Dixon-Thayer, Sr. Vice President of Business Affairs and learn about dire consequences if we neglect to strongly demand that web should remain free and not give needed support for the one like Mozilla, that fights for us.
Result would be that few would become very rich, and most of us
would have limited access to vast knowledge, resources, that
now internet offers.
This is fundraising letter. But, is also very informative and as I figured it out, it is much better for us to give small donation to Mozilla.org now, when we can secure our favorable position, then later on be forced to possible some monthly fees if we want to have fast, reliable web.
It is much easier to prevent, then correct disaster.

Mozilla is non profit, that stands for open, innovative, inclusive web, that gave us 3rd most popular browser Firefox.

Mozilla Corporation is subsidiary of Mozilla Foundation, launched on July 15, 2003.


You probably recall that, CEO of Mozilla Brendon Eich was forced to resign after only 11 days on new job as Chief Executive Officer, when it came to public knowledge that he donated $1,000, back in 2008 to infamous proposition 8 banning the same sex marriage.
American technologist Brendon Eich was co founder of Mozilla project, Mozilla Foundation and Mozilla Corporation. Additionally he is well remembered as creator of Java Script.

Mitchell Baker, a lawyer, born in 1957 in Oakland, Ca, wife to Casey Dunn, and mother of one son - in 2005 was named by Times Magazine under 'Scientist and Thinkers' to be one of 100 most influential people in the world. In 2012  Society of Internet placed her in Internet Hall of Fame. From her various position with Mozilla ,
just in 2007, she made $500,000 in salary and benefits.

Mozilla welcome all support and all talent. Finally she is for us.
Just like Wikipedia.

Actually, my home page is Google. That my very first love-hate infatuation with net that I still feel warm about. But I do have
Mozilla and Firefox also, and I use them often. With their
dependability, good searches, tools and support Mozilla is
excellent choice.
Also,  Firefox gets the deserved praise.

Thank you so much for your gift

Thank you so much for your donation to Mozilla... our mission to build and protect an open web...We believe the Internet is more than a technology; it's a public resource. It's a shared force for good....Together, we will keep the Internet open, accessible, transparent and safe.

P.S. Can you do one more thing? Help spread the word

How do you feel about future of internet and Mozilla? 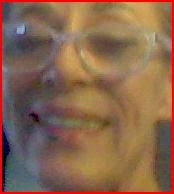 "Except where otherwise noted, content on this site is licensed under the Creative Commons Attribution Share-Alike License v3.0 or any later