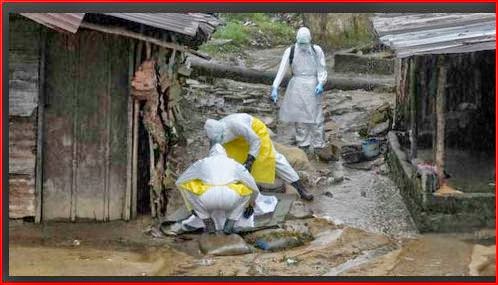 
How to breathe,
when the heart freeze,
from shock - seeing disease.
No way to see light,
when the thoughts in fright!
The fear, the horror strike...
the demon rise
gloating in human cries.
The deathly virus seizes
everybody in sight...

How to see life on happy sites,
When one Ebola fights?
The lonely dying...
neighbor distance keeps
the bloody liquid from body seeps...
Fire of fever, vomit
rash eating skin...
world dark and mean...
Tormented body twisted in pain...
In sight corpse after corpse
stretching in lane...
The number growing
-is on the rise...

One touch Ebola - life is the price!

No help in sight.
The lonely fright,
the lonely fight...
in confine of grave,
the body shall lay...

I do understand, that it might be not easy, during happy pre-holiday season
to be thrown into the dungeon of Ebola. Because Ebola is dungeon, the worst unimaginable prison, not created by men, but by nature and...poverty.
However, by 'not thinking' and 'not doing something'  problem would not go away, but as we saw example after example it will jump the borders and Ebola will spread.
There are many problems on earth. Sometimes seems-like there is no end...Doctors Without Borders, and many other humanitarian organizations while fighting Ebola, already are getting ready for malaria in Africa, too.
With time we eliminate one evil after another. Like polio.
If we unite our efforts,  and contribute, this coming holiday season could be much more joyful in the knowledge, that we did not back off from extending the helpful hand - but that we did what we could to bring hope and relief to other suffering
now, enduring now, that dark horror.
I like to bring to your attention one of the very special humanitarian organization,
that was in 1999 recipient of Nobel Award - Doctors Without Borders.
Also, I am calling to your attention some bitter facts of their everyday  struggles.
We are loosing a battle with Ebola at the moment. Thousands and thousand, no -
millions of lives are being affected. Mine and yours too, because the world is very much connected. Let us not be passive...please read and learn and act, Thank you. 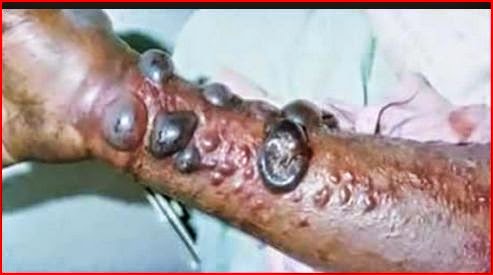 Medecins Sans Frontieres (MSF), in USA known as Doctors Without Borders
started as an idea of 13 young doctors during the Parisian upheaval in 1968 and was born in 1971. It is a very first international charitable organization of that sort
with ideology of providing neutral, impartial and ethical medical help wherever
is needed in the world - crossing the borders.

Now Doctors Without the borders are very active in high risk area of Western Africa
fighting Ebola.
They are  forced to deal with dangerous delays created by shortage of
trained staff in bio safety and management of Ebola cases, lack of adequate facilities, equipment, resources and beds.
For example: According to WHO, In Liberia are totally needed 1,733 treatment beds and 1,100 beds in CCC ( Community Care Centers), but as of November 30, there was less then 1,300 beds totally.

Due to shortages at times the health centers are to be blamed for transmission of disease.
For example: It was confirmed that in some areas like Macenta, where the ambulance service is not really good, confirmed and suspects patients are being transported together over a long distances With possible result that Ebola free person could get infection.

Overworked health staff, lacking correct skills and equipment, working under very difficult conditions is in very high risk group of catching Ebola. You probably recalled video from October 25, where president Obama was giving hug to recovered Ebola victim, a young nurse from Dallas, Texas. A very courageous, dedicated nurse afterward went back to Africa.
Or, maybe you remember Teresa Romero, health care assistant, who while working in Madrid hospital only twice entered the room, of Spanish priest Viejo dying from Ebola. She was quarantine and later released Ebola free. However her dog
was killed and incinerated in spite of thousands protesting.  More then 400 thousands electronic signatures pleading for his life. Teresa Romero was the very
first case of Ebola transmission outside the Africa.
The Guardian reported that 244 health workers died from virus, and 450 were infected:the most in Liberia - 228,  in Sierra Leone -127 , in Guinea -80,
in Nigeria - 11, in USA -3, and in Spain -1

"Instead of the well-coordinated, comprehensive and expertly-staffed intervention MSF called for ninety days ago, actual efforts have been sluggish and patchy, falling dangerously short of expectations." The report stated that flexible support is urgently needed. The situation in Guinea, where was the very first Ebola case,
is on the rise since August and MSF called it "alarming".  WHO, December 4th
reported slight increase of new cases, and transmission of Ebola mostly occurring in the capital Conakry. There is continuous problem of community resisting safe
burials. Also in the area of Conakry, many times Doctors Without Borders are still not welcome by the population. In Liberia the case transmission is stable and in Sierra Leone is on the rise.

November 30, United Nations Mission for Ebola Emergency Response (UNMEER)
stated that there have been 17,145 cases of Ebola and 6,070 deaths worldwide.

"... we have to work together to try to prevent Ebola virus disease from affecting communities and from spreading....It involves the whole of society.. It can’t just be done by a few specially uniformed doctors and nurses... communication is key. Social mobilization is key..."

The doctors, and all Ebola's victim needs our help. Let us be there for them! From Google Official Center

I copied GOOGLE RECOMMENDED from partners with Network for Good, an industry leader in donor advised funds. All donations to that organizations are tax deductible.  This are four excellent source for donations toward EBOLA fight.  I donated to all four, unfortunately after Google double was already closed.

I encourage you to donate You can use the above link and PLEASE - donate.  Do not think that your few dollars, that you could spare would not count. Every dollars counts and add up.
With approaching holiday season, consider putting Ebola Fight on your gift list and give. Together  we can make change. Thank you. 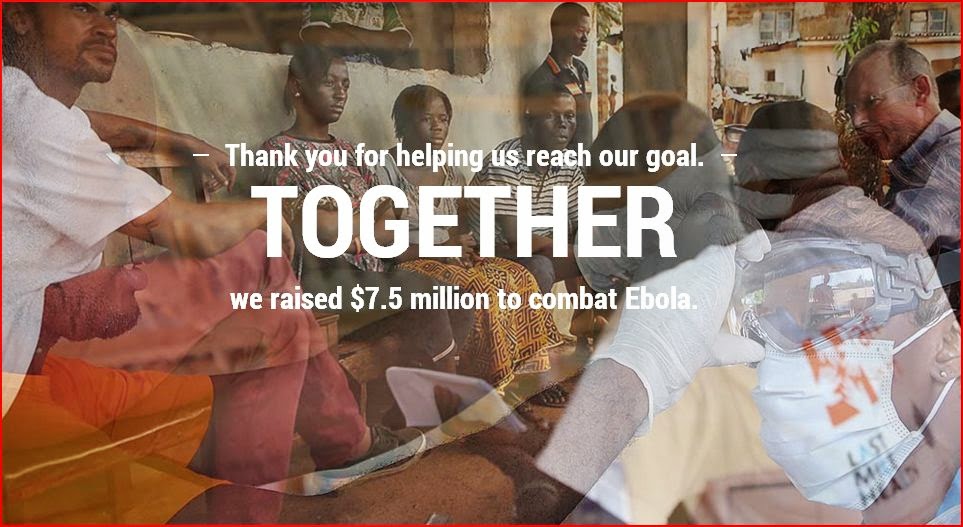 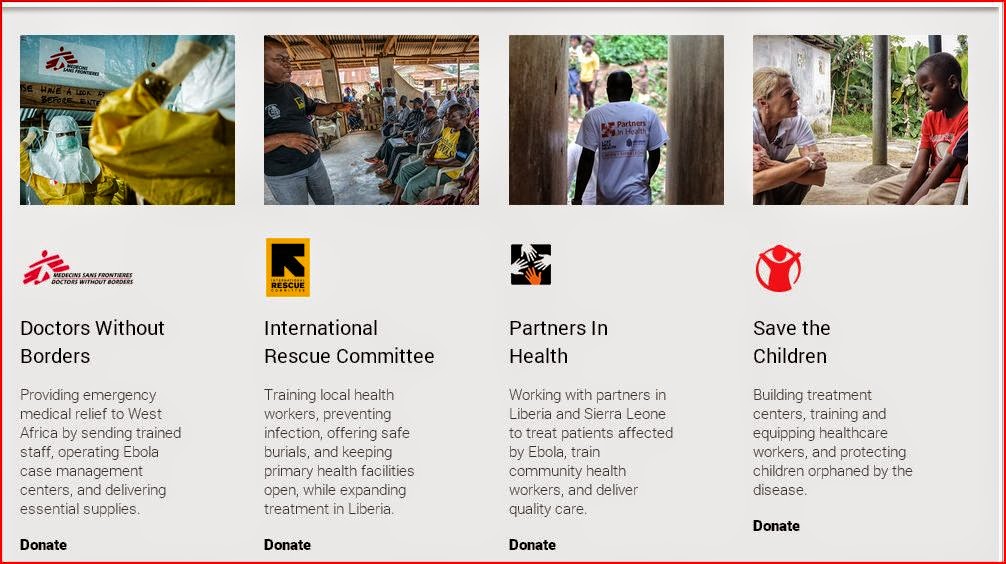 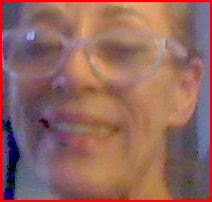 Other poetry about Africa and Ebola: