I  was searching for a copyrights free  photo of Pope Francis (Cardinal Jorge Mario Bergoglio, of Argentina)  who on March 14, 2013 became 266th leader of the 1.2 billion followers of Roman Catholic Church. I found  myself visiting Sambitna Sakimaru's blogspot.

Richard Leach, President and CEO of World Food Program USA
in the letter I got in my mail on Sept 17 said:
"...The World Food Programme (WFP) has been working to feed
families in Syria and neighboring countries like Egypt, Jordan, Lebanon
and Turkey since the conflict began in 2011. Today, nearly 6 million
Syrian refugees rely upon WFP for basic nutrition each month....
That life-saving response now faces severe funding shortfalls.
Today, a staggering 59.5 million men, women and children across
the globe are living as refugees or internally displaced people...."
I got many letters like this one, one mimic another, as all describe the
horrible situation of refugees and asking for donations.
Therefore voice of pope added to the call for humanitarian help
is not a surprise.
As New York Times journalist Nick Kristof  said :"If you have a heart,
you're moved by the refugees."
We are facing the biggest refugees, migrants and displaced problem
since the World War II.

15,000 people were listening today to this 78 years old pontiff delivering a speech in English in White House on the South Lawn.
Both leaders, American President Barack Obama and spiritual leader pope Francis share the same outlook on climate change, environmental issues and poverty.
Pope Francis during the welcome ceremony said:
"...climate change is a problem which can no longer be left to a future generation. When it comes to the care of our common home, we are living at a critical moment of history,"
President Obama, who addressed pontiff as 'Holy Father', spoke about our planet as "...God's magnificent gift to us..." with "a sacred obligation to protect" it and
"...to preserve our precious world for future generations,"

As a very first pope in history, pope Francis is going to address U.S. Congress
this Thursday, U.N.  General Assembly in New York on Friday and an open-air Mass in Philadelphia where 1.5 million people are expected to be present.

Pope Francis is also held in high
estime for his other teachings, such
as on the photo on right.
His words we can carry  further in understanding that we need to treat also children, animals and whole earth with respect. We will be judged by future generations.


God help...God bless pope Francis involvement in world's humanitarian
issues. Believe me
-GOD IS NEEDED- our problems,
not just climate change but specially Syrian refugees lying ahead of us
-we can not handle by ourselves.

On  Sambitna Sakimaru' s post I found photos
that I was looking for and much more. I found
photo of our president Barack Obama with pope Francis and many more on variety of subjects
- all with 'Labels: copyright free, copyright free images, free images'.
Sambitna Sakimaru on Google+ did not shared anything with me.
Still seems I know her and her dedicated heart, since she carry blog as the one I visited.
It appears that Sambitna Sakimaru on Google+ is new with only 306 visits and her very first follower - me.
To Sambitna Sakimaru I like to say;
'Welcome' and 'Thank you' for very valuable blog.
Please, visit her blog for your own production's needs or just for educational value ..and follow Sambitna Sakimaru. Thanks.
But that brings another reflection. It was just yesterday, when I very frustrated with working problems on one of my favored Google's app, I lashed
at Google in the feedback with angier and all vehemence that I could muster.
Today, Google brought me Sambitna post, and of course, I am grateful.
That what Google does: help us to learn, bring us an valuable information
and assist us to connect with person, thought, idea...get help...from far, far away.
I do not even know where Sambitna lives, I just have feeling that she is a female,
but at this moment I feel close to her... thanks to Google. Google creates
opportunities for friendships and good will.

Additionally Google with his vast purse always supported technologies for
clean energy,
Finally, how can I stay angry with Google, when just now Google donated
to NETWORK FOR GOOD  (from there to four nonprofits -including Save
the Children and Doctors Without the Borders,) for refugees outright
$1 million and offered to double our contributions for total up to
$11,5 millions combined. Google will pay all the administrative fees...
The situation with refugees is very scary and a trap, the catch 22 with
no great solutions...I look with awe and concern at the countries that would
take Syrians and I do not blame the others that refuse entry...25% of Lebanese left their country...still the real victims of this chaos...in refugees camps...children and women are caught...they need meds and need to eat
....I DONATED.
So, again I love Google...and about me being angry...Ah! I am sure Google is
not going to lose sleep.
Thanks - ed lorens 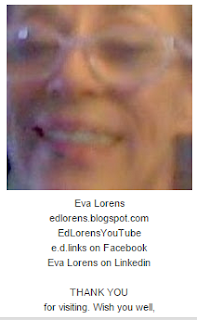